Any "strange magical" anecdotes to share with us related to your long run on the series?
A couple things come to mind... when working on the Abyss issue [Promethea N. 20], where the characters have to cross a great dark divide in order to reach the highest forms of reality, they had to make it through a destroyed reality, Alan had called to warn me about possible physical dangers I might face while working on this issue. While he was writing this particular issue he had become very ill and became better upon completion of the script. He was convinced this was due to the thoughts on this negative reality becoming manifest physically. He actually experienced many of the sensations the characters did in the story. So he thought it best to warn me that strange things could occur while drawing. As I worked on the issue and got closer and closer to the middle of the issue where we show this black hole in the reality that leads to the inverse negative Tree Of Life, I began to not feel well and started having chest pains. The closer I got to drawing this black hole scene the worse my chest pain became, to such a degree I went to the emergency room to get looked at by a doctor. They ran an EKG test, among others, to see if maybe I was having a heart attack. After all of the tests were done the doctor couldn't find an explanation for what was occurring. During this time I had kept working on the issue. As I got past the drawing of the black hole scene and started to reach the end of the issue all of my chest pain and feeling bad went away without any further incident. When Mick [Gray] was inking that issue I remember him saying that everyone in his house came down with the flu or cold virus or something. How's that for odd? [JH Williams III]

You can read the complete interview HERE.

Above, and in the following pictures, cosplayer Lady Lomax plays a nice version of Mina Harker, one of the main characters in The League of Extraordinary Gentlemen stories.

You can see the complete set visiting her Tumblr (click HERE). 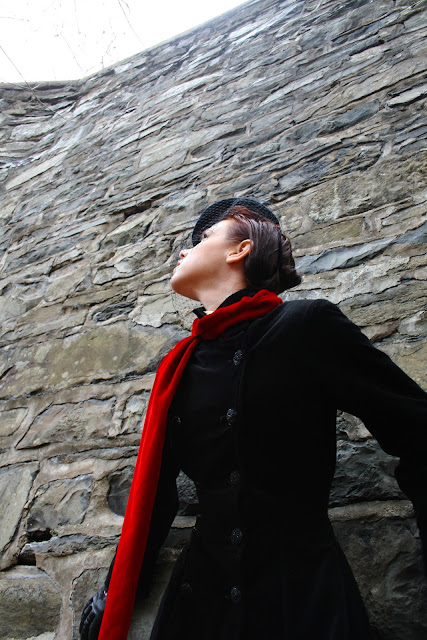 But the magic of comics remains intact ... so, below you can admire a great Mina's sketch drawn by the extraordinary Kevin O'Neill (during the last Lucca Comics & Games Convention; a special thank to Bao Publishing). Enjoy! 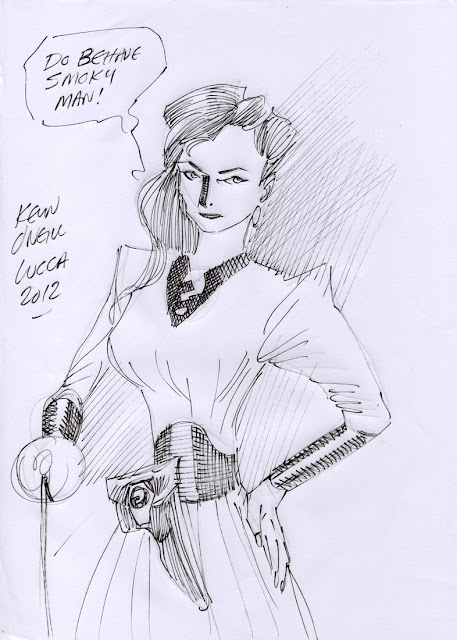