Ed Piskor said: "Listen, Alan. Your career is not done with this unfinished piece of work. You gotta let me and Jim finish this for you, man."

Furthermore, on Cartoonist Kayfabe! channel, several videos - under the banner "Read Moore Comix" - are available, investigating the works created by the Man from Northampton.
Go and watch them all!
Posted by smoky man at 10:46 PM 0 comments

Above his weird hybrid of Moore and Cthulhu. Moore fhtagn!
Posted by smoky man at 2:32 PM 2 comments

In the second half of the Nineties, Alan Moore and Rick Veitch discussed the possibility to create together a comic project with a... Kirbyesque flavour. In the end, it was not realized and became... a lost project.

In March 2017, Veitch posted a drawing (above) on his Facebook page.
He wrote: "Character design for an Alan Moore project we never got around to doing. It was conceived about ten years ago. Mostly as a vehicle to develop ideas Alan was interested in concerning time, space and higher dimensions in a Kirby flavored retro style. I don't think we ever had a title."

After a long search, few days ago I've finally discovered more details thanks to my Brazilian long-time friend, Alan Moore's scholar & collector, the amazing Flavio Pessanha who bought the sketches from Veitch.
You can admire them in this post for the very first time. Grazie, Flavio!
Flavio also said to me: "Moore and Veitch talked about it on the phone. While talking Veitch made those sketches. AFAIK there are no scripts for it. And yes, it was supposed to be an Image comic." 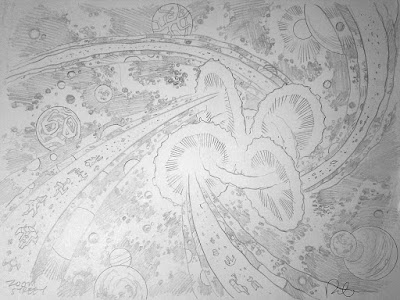 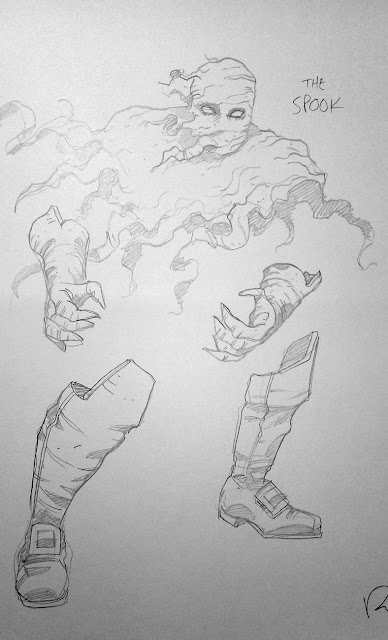 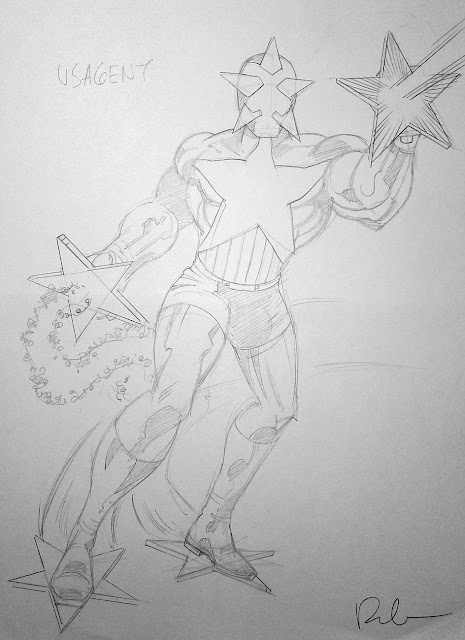 Above, an Alan Moore doll by Argentinian artist Uriel Valentín. Based on Moore famous photo wearing a hammer and sickle t-shirt.

More info about Valentín on his site and Etsy page.
Posted by smoky man at 10:00 AM 0 comments

Above, an awesome copic sketch by GENE HA featuring three UltraMice and the Ultimate Pacifier from Top 10, the series created by Moore, Zander Cannon and Ha.

Ha wrote on his Facebook page: "The mice were never given names in the comics. In my original art side notes, RR was always Risky Rodent. I'm calling the other two Captain Atomik (that's #kimota, backwards :)) and Captain Mooncheese."
Posted by smoky man at 10:00 AM 0 comments