The Sopranos, The Simpsons and South Park 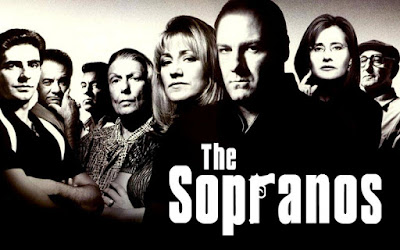 Excerpt from an interview published in Wizard magazine N. 130, July 2002

What about American television?
Alan Moore: "The Sopranos" is the best thing that's come out of American television that I can remember. Most television I can't stand it... I don't watch hardly any television at all. Sort of "Ally McBeal", "Frasier", "Buffy the vampire Slayer", "Dr. Who", "Star Trek", "Babylon 5" --- all of this stuff I just cannot be bothered with it. "The Sopranos" on the other hand is actually well-written. It gas wonderful characterization. The episodes, for the most part, are incredibly well-directed. I think over these three seasons, the standard has been maintained wonderfully. Since "Twin Peaks", it's the first American dramatic show that I've enjoyed. That's not to say I haven't enjoyed "The Simpsons" or "South Park" or some of the generally very, very good American cartoon shows. 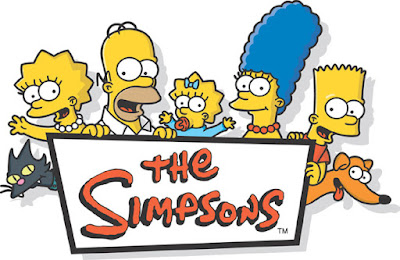 I wouldn't have associated you with "The Simpsons" or "South Park".
Alan Moore: Oh well, you know it's not all gloom and doom at Moore Mansion [chuckles]. I think "The Simpsons" is very good because it is kept at a wonderful standard of craft and comedy for a very, very ling time. And it is subversive. I think sometimes because it has been around for so long, we forget how subversive [it is]. "South Park", I've got to say, my hat's off to them as well. I mean, considering it is mainly fart jokes and sort of gay jokes and all the rest of it. I think they manage to really push the line quite seriously for American television. They take the stories into all of these really uncomfortable areas. You're certain they're not going to be able to get away without severely embarrassing themselves, but they do. 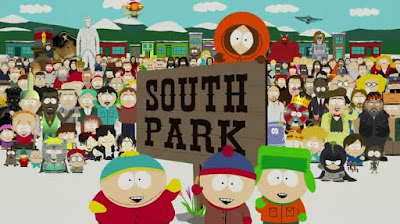 Excerpt from the amazing "Ode to the Eternalist" interview conducted by David Erdos and published on International Times site. The complete piece is available HERE.

Alan Moore: Hey, did I tell you, I’ve actually got a bit of Timothy Leary on my altar at home?
David Erdos: Really? Which bit?
Alan Moore: Its actually a small part of his shin. Apparently, some of his ashes were blasted into space, by which we mean blasted into Nevada, because most of those things don’t have enough escape velocity,so they tend to end up in the desert. But some of the remaining ashes were given to friends including Brian Barrett who wrote ‘Whisper’ and who was told to scatter them on Stonehenge and allow anyone who caught them to give them to anyone who they thought deserved them. My friend John Higgs was there for the ceremony and at the end he noticed a tiny flake of bone left on the altar, so he gave it to me in this little reliquary and I put it on my altar. And so I asked my ‘gentleman supplier,’ ‘Do people actually do acid these days?’ I’m not sure I want to do any myself but I wanted to know and he came through with two little sugar cubes, so I put them in the reliquary with Tim, because I think that’s what Tim would have wanted! And if I ever do get round to taking the acid I’m sure it will be infused with the spirit of the counter culture in its purest form!


The complete interview can be read HERE.
Posted by smoky man at 11:00 AM 1 comments

Excerpts from the excellent interview conducted by Dominic Wells. You can read it HERE.
[1986]
Alan Moore: “It’s about time people stopped debating whether comics are art [...] and just get on with making good art.”

[2002]
Alan Moore: “This planet has a physical geography with which we have already familiarised ourselves [...] But since the dawn of the first stories, there is a fictional geography, where the gods and demons live. We have created this big imaginary planet that is a counterpart to our own; and in some cases these places are more familiar to us than the real ones.”

[afternoon of July 9, 2016]
Talking about Jerusalem.
Alan Moore: “Nearly everything is historical fact. [...] I’d take all the angels and demons with a pinch of salt. A lot of it is actually 100 per cent materially true, but I think all of it is emotionally true. And also we are not just our bricks and mortar, we are not just our flesh and blood, we are not just our material components. Everything in our world has got an imaginary component. As individuals, we’re always telling people the legend of us. The same goes for our houses, our streets, our towns, our country – there is a huge imaginary component to human life and if in the interests of scientific realism you ignore that, you are not describing reality.”

Discussing V for Vendetta mask adopted by both the Occupy and Anonymous movements.
Alan Moore: “I’m glad that they’ve got it, although – they didn’t get it from the comic, did they? They got it from the film, which I have never seen and which, from a position of complete ignorance, I am willing to describe as a total rat’s abortion. But I’m glad it’s been of use to these protestors, because generally I really admire what they do.”

[6pm, July 9, 2016]
Alan Moore: "[Jerusalem] is dedicated to Audrey. The whole book was an attempt… an attempt to rescue her? A particularly futile and belated attempt, but the best I could do. The only way that I could rescue her was in a fiction.”

The complete interview can be can read HERE.
Posted by smoky man at 9:00 PM 1 comments

Above, the first panel from page 11 of Lobo Convention Special, a Lobo one-shot published in 1993 by DC Comics with plot by Keith Giffen, dialogues  by Alan Grant, art by Kevin O'Neill, lettering by Todd Klein, coloring by Digital Chameleon.
Posted by smoky man at 10:26 AM 1 comments 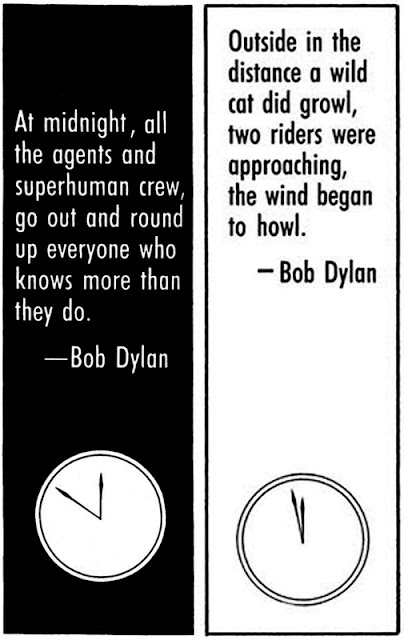 From Watchmen - Chapter I: At Midnight, All the Agents...
Closing Quotation: "At midnight, all the agents and superhuman crew, go out and round up everyone who knows more than they do." - Desolation Row by Bob Dylan
Note: the quote doesn't appear at the end of the original serialized issue N. 1 because DC hadn't cleared the rights in time, but it was added in reprints.

From Watchmen - Chapter X: Two Riders Were Approaching...
Closing Quotation: "Outside in the distance a wild cat did growl, two riders were approaching, the wind began to howl." - All Along the Watchtower by Bob Dylan
Posted by smoky man at 12:00 PM 0 comments

More about Caio Oliveira on his Deviantart page and on Facebook.
Posted by smoky man at 1:48 PM 0 comments

Above a psychedelic portrait of Alan Moore by artist Bobby Campbell.
More details about the illustration are available here.
Posted by smoky man at 5:50 PM 0 comments