From Jeffery~West Facebook page:
"We were honoured to have manufactured Alan Moore's personalised Jeffery-West Poison's, made on bespoke Moon Lasts by Michael James of Springline. The last pair that we made for Mr Moore were the Infamous Gold Winged boots for his character Metterton in Jimmy's End; opposing societal norms in a cacophony of riddles! Only Mr Moore can satisfy our phantasmagorical imagination!" [27th of September 2017]


Jeffery~West is an internationally acclaimed footwear brand based in Northampton. Their creations have been donned by celebrities across the globe including Mickey Rourke, Nick Cave, David Beckham and... Alan Moore, to name but a few. 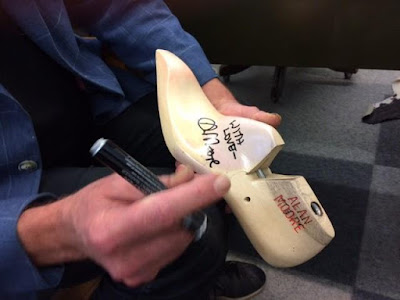 A new expanded edition of Lost Girls will be co-published by Top Shelf & Knockabout in July 2018.

French publisher Inculte has produced a very limited (200 copies) French edition of Jerusalem. It includes a special black cover with box featuring Charles Burns' portrait of Alan Moore from The Believer magazine, a signed ex-libris of the original cover drawn by Alan Moore and a special limited edition tote bag.
You can order it only online from Inculte site: HERE.

For more info about Frazer Irving: Twitter - Tumblr
Posted by smoky man at 10:00 AM 0 comments

Ed Piskor, creator of the acclaimed Hip Hop Family Tree series, discovered Alan Moore in the 90ies reading the comics he wrote for Image Comics. Piskor told this story in a 1-page comics he did for Image+ magazine published this summer.
Above you can see the panels featuring Moore; the complete page is available here.
Posted by smoky man at 11:22 PM 0 comments 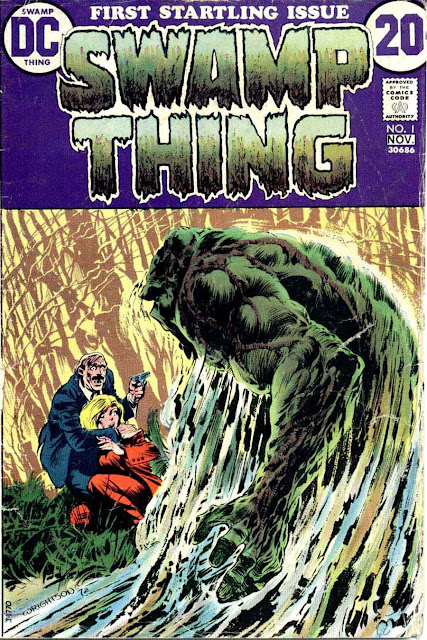 Below, the text contribution written by LEN WEIN for the sold-out Alan Moore: Portrait of an Extraordinary Gentleman book (page 37), published in 2003 by Abiogenesis on the occasion of Moore's 50th birthday.
Legendary comic writer and editor, WEIN co-created DC Comics' Swamp Thing and Marvel Comics' Wolverine, and contributed to reviving Marvel's X-Men; he was the editor for the original Watchmen series.

WEIN passed away few days ago, the 10th of September: this is a small way to honour his memory. 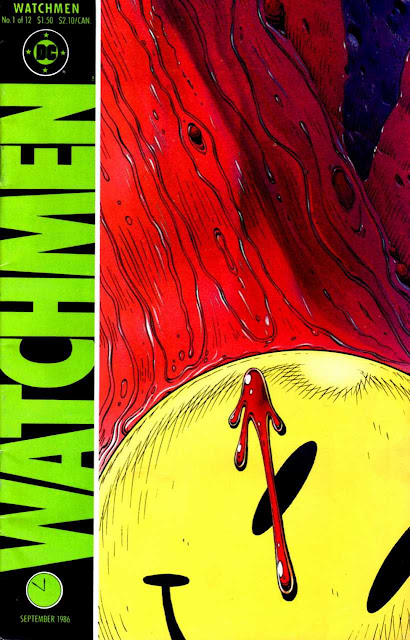 Some random thoughts about Alan Moore (which somehow seems appropriate):

1) The first time I called Alan, he refused to believe I was me.

I wish I could remember at this late date exactly what it was that prompted me to call Alan when I was looking for a new writer to take over Swamp Thing. I know I had been a fan of Alan’s work on 2000 A.D. and so he seemed an interesting choice as writer, assuming, of course, he was available and so inclined. I got his phone number somehow, made the international phone call, and Alan answered on the third ring. I introduced myself, told Alan I had an offer to make him, and he hung up on me.
When I called back, assuming the connection had been broken accidentally, I introduced myself again. Alan’s reply: “No, who is this really?” And he started going through a list of his mates, trying to figure out who had put me up to this and why.  It took me quite a while to convince Alan I was indeed me, and that I was interested in offering him work in the States, on my own precious baby. It took a lot of cajoling and convincing to talk Alan into taking on the assignment, but I’m glad he did. The changes he made on Swamp Thing helped to revolutionize the art form, his language was pure music. Under Alan, the graphic narrative suddenly grew up.
And the comic book industry has never been the same since.

2) The first time I met Alan, I couldn’t believe he was he.

DC Comics sent me to London to interface with what was then becoming a growing number of British creators who had started working on the DC books in Alan’s wake. People like Dave Gibbons, Kev O’Neill, so many others. We met in a local Pub, and Alan was the last to arrive. He came strolling in, eyes wild, that long tangle of hair and beard whipping in the breeze, looking for all intents and purposes like the mad monk Rasputin returning from a two-week bender. He was wearing a suit that was 40 years out of style, the jacket and pants cuffs each several inches too short, a ruffled shirt, a narrow tie in a piano keyboard pattern, garish socks that matched nothing on earth, and (if I’m recalling correctly) a top hat.
Alan apologized for being late, but explained that he had been at the optometrist, having his eyes checked. He explained that the sight in one eye was perfect, but the other not so much. The Doctor had recommended glasses with appropriate lenses. Alan said he had considered getting a monocle instead for the one bad eye, but had decided against it.
“Why?” I asked, foolishly.
Alan replied, “Well, frankly, I was afraid wearing a monocle might make me look a bit odd.”

And, that, in a couple of quick anecdotes, is Alan Moore.

All the best, my friend. Long may you wave.

Years ago, acclaimed comic book writer and novelist WARREN ELLIS wrote some reviews on Alan Moore's works for Artbomb.net, a site he co-founded. Excerpts are shown below.

The Birth Caul: [...] It's about magic. It's about invocation of something, about a shaman's conversation with the great and secret things lurking at the back of their own brain, about the genetic incantations of the vast skein of life we're brought out into in our silvered veils. [...] This is where Alan Moore's power has been hiding. Listen."

A Small Killing: "[...] It is, perhaps, more a song than the huge symphonies we've come to expect from Moore. But it is a very personal, tremendously affecting piece of work, and a keystone in his body of writing. [...]"

All the reviews written by Warren Ellis for Artbomb.net are available HERE.
Posted by smoky man at 9:03 PM 1 comments

Above a gorgeous sketchbook commission by the incredible CHRIS WESTON featuring Marvelman fighting Johnny Bates aka Kid Miracleman.
Posted by smoky man at 10:00 AM 0 comments

Game of Thrones and Watchmen

In an interview published on Vulture site, Isaac Hempstead Wright who plays Bran Stark in Game of Thrones, talks about his role and... Watchmen's influence.
The complete interview is available HERE.

Hempstead-Wright: "[...] It was a really challenging thing to do this season. I had a meeting with David [Benioff] and Dan [Weiss], our showrunners, before we started filming. We had a chat about how we wanted to play Bran this season, and they suggested Doctor Manhattan from the Watchmen comic. Bran was slightly based on that, existing in all these different times at once, knowing all these various things, being this emotionless rock connecting these different timelines and the history of the universe. We wanted that, but we didn’t want a boring, monotonous character who would just go, “Yeah, I’m the Three-Eyed Raven, blah blah blah.” [...]

We also wanted to make sure that there was a bit of Bran left, a glimmer of a person still in there. It’s like he’s the first cyborg. We just connected a supercomputer to a human being’s brain. He’s a mainframe, but there’s a little bit of his personality. More often than not, though, Bran is a vessel for human knowledge."

The complete interview is available HERE.
Posted by smoky man at 10:00 AM 0 comments

Pagliarani is a regular contributor to fantasy series Dragonero (published in Italy by Sergio Bonelli Editore); in the past he worked for Avatar Press drawing Aetheric Mechanics and Ignition City, both stories written by Warren Ellis. He is also the artist and co-creator of The Shadow Planet, a comic book that mixes retro science fiction with Lovecraftian horror.

More about Pagliarani at his blog: HERE.
Posted by smoky man at 4:55 PM 0 comments