How would Gilliam have ended his Watchmen movie? 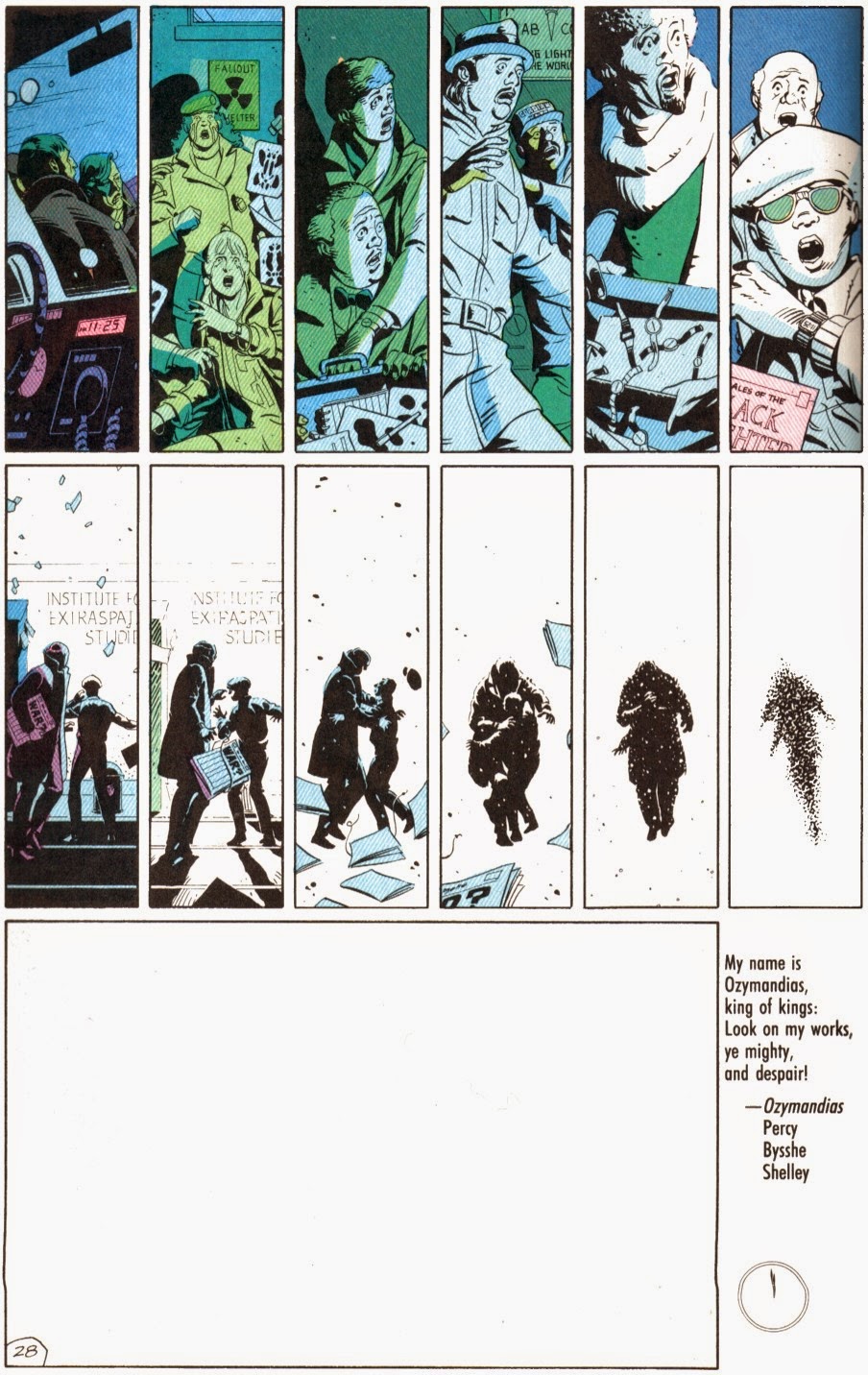 Joel Silver talks about Terry Gilliam's idea for the ending of his lost Watchmen movie adaptation. Read the complete interview at Comingsoon.net: here.

CS: Speaking of ones that got away, as a die-hard Terry Gilliam fan I have to know if there's anything juicy you can tell me about his conception of "Watchmen"?
Joel Silver: It was a MUCH much better movie.

CS: Than the one Zack Snyder made...
Silver: Oh God. I mean, Zack came at it the right way but was too much of a slave to the material.

CS: Agreed.
Silver: I was trying to get it BACK from the studio at that point, because I ended up with both "V For Vendetta" and "Watchmen" and I kinda lost "Watchmen." I was happy with the way "V" came out, but we took a lot of liberties. That's one of the reasons Alan Moore was so unpleasant to deal with. The version of "Watchmen" that Zack made, they really felt the notion. They went to Comic-Con, they announced it, they showed things, the audience lost their minds but it wasn't enough to get a movie that would have that success. What Terry had done, and it was a Sam Hamm script--who had written a script that everybody loved for the first "Batman"--and then he brought in a guy who'd worked for him to do work on it [Charles McKeown, co-writer of "Brazil"]. What he did was he told the story as-is, but instead of the whole notion of the intergalactic thing which was too hard and too silly, what he did was he maintained that the existence of Doctor Manhattan had changed the whole balance of the world economy, the world political structure. He felt that THAT character really altered the way reality had been. He had the Ozymandias character convince, essentially, the Doctor Manhattan character to go back and stop himself from being created, so there never would be a Doctor Manhattan character. He was the only character with real supernatural powers, he went back and prevented himself from being turned into Doctor Manhattan, and in the vortex that was created after that occurred these characters from "Watchmen" only became characters in a comic book.

CS: That's fascinating. Very META.
Silver: Oh yeah. So the three characters, I think it was Rorschach and Nite Owl and Silk Spectre, they're all of the sudden in Times Square and there's a kid reading a comic book. They become like the people in Times Square dressing up like characters as opposed to really BEING those characters. There's a kid reading the comic book and he's like, "Hey, you're just like in my comic book." It was very smart, it was very articulate, and it really gave a very satisfying resolution to the story, but it just didn't happen. Lost to time.
Posted by smoky man at 12:49 PM