Some time ago, I wrote about a lost Moore and Veitch's project...
In the past days more details and character sketches have been revealed by Veitch himself on his Facebook page: they clarify a bit the situation but, at the same time, "invalidate" part of the previous info I had. In any case, it's something that will remain unrealized. But... who knows?

Rick Veitch: "[...] It was a giant project called "Superverse" that included knock-offs of every superhero ever made. Sort of like "League of Extraordinary Gentlemen" but with long underwear guys.
[It was] probably 8 or 9 years ago. [...] post ABC and integrated with THE SHOW, the film Alan and Mitch Jenkins were trying to finance. Alan's idea was to create products that would be in the movie but also exist in the real world.
[...] There was no written outline. Everything done over the phone so I've forgotten many of the story details. There were a bunch of character sketches though.
[...] It was a many worlds story. With a very young brother and sister split up and living in different universes as Thunderman and Thundergirl each unaware of the other until... 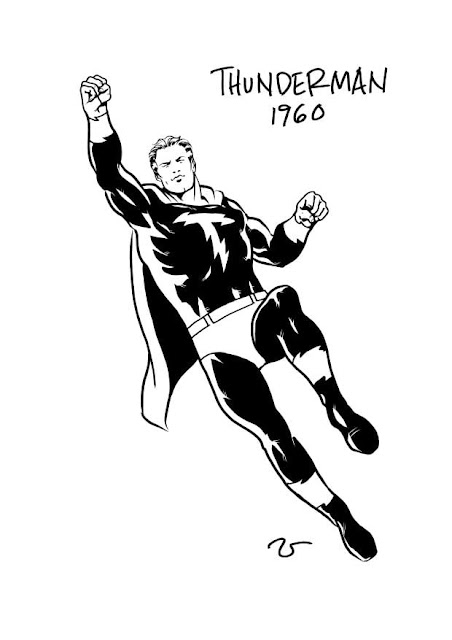